Many of us have a preference when it comes to smell, sound, texture and light. Some people can tolerate loud music for longer than others; some people experience sensitivity to light and are quick to reach for their sunglasses on a bright day. For some people, the idea of finger nails running down a blackboard sends chills down their spine whilst others are less affected.

Many young people with Autistic Spectrum Conditions and those with ADHD can experience differences in sensory perception to those of their ‘neurotypical’ peers. I use neurotypical carefully as I consider all of us to have a preference for things such as food and sound which can often be influenced by factors such as texture and pitch. I certainly don’t think such preferences apply only to people who have a diagnosis of Autism or ADHD.

Sensory difficulties have long been associated with Autistic Spectrum Conditions and can be experienced by people with ADHD. Leo Kanner who first identified Autism in 1943 and Hans Asperger who first described Asperger Syndrome in 1944, both reported on the auditory and visual difficulties young people with Autism appear to encounter. Many of the young people I have worked with who have Autism and those with ADHD, have indicated very clearly the difficulties they can experience when it comes to particular sensory input. Such difficulties have been primarily in relation to auditory, gustatory-olfactory (taste and smell) and visual input. These difficulties can be described as a hyper (over) or hypo (under) responsiveness to certain stimuli resulting in failure of that person to adapt their response accordingly. It can have a significant impact on everyday functioning for example hindering ability to enter a supermarket or shopping mall where several sounds can be heard at once, inability to discriminate food from inedible items, intolerance to areas such as kitchens and eateries as a result of smells, and difficulty processing visual input.

Such difficulty in everyday functioning can present itself through a variety of behaviours. For some people with Autism and ADHD, to be presented with a variety of stimulus at any one time can feel very overwhelming; a ‘sensory overload’ resulting in certain behaviours that are performed in an attempt to try and ‘block out’ or replace uncomfortable stimuli with something that feels more bearable. Such behaviour might include repetitive spinning or hand movements to try and ‘screen out’ unpleasant stimuli or holding hands to ears to block out sound. Another way of thinking about such behaviours is that the function enables a person to experience some control over what can feel like an over stimulating environment.

The way the human nervous system receives messages from the senses and transforms them into appropriate motor and behavioural responses is known as sensory processing or ‘sensory integration.’ Our ability to respond appropriately to different stimuli such as the ability to put on gloves if our hands are exposed to freezing weather, requires effective processing sensation, otherwise referred to as sensory integration. Similarly, sensory modulation is the brains ability to respond appropriately to the environment we are in and respond at a level of arousal and alertness that is appropriate to the situation.

Experiencing difficulty in responding appropriately to sensory stimulation is known as Sensory Processing Disorder or ‘Sensory Integration Dysfunction.’ The parts of the brain that are required to help a person respond appropriately when a specific sense is stimulated, for example cold weather stimulating bare skin on a cold day, simply don’t get activated. It’s like there is a barrier preventing certain parts of the brain from receiving sensory input which results in an inability to interpret sensory information correctly and respond appropriately. For other people, Sensory Integration Dysfunction can be experienced as a person not being able to get enough stimulation and appear to actively seek out sensation. A common expression can be that the person ‘just can’t sit still.’

Many people with Autism and ADHD can experience difficulties in processing sensory input. I have seen young people with Autism venture outside on a winter’s day in a t-shirt seeming to be numb to the feeling of cold weather on their skin. In such situations it is important to ensure the person is educated about appropriate clothing for such weather conditions. This can be done through modelling what items of clothing need to be worn as well as using strategies such as a visual schedule to remind the person what items of clothing they need to put on before going outside.

Other strategies that can help address sensory difficulties include items such as ear defenders to help block out certain distressing sounds and enable a person to tolerate places where noise can be an issue. Using visual schedules and limiting language to key words can help a person with Autism and children with ADHD to process information more easily. 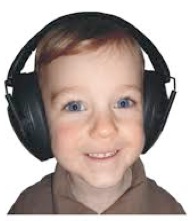 An Occupational Therapist can often be a key professional in helping to assess a person’s level of response to different stimuli. If a person is identified as having difficulties with sensory processing, then a treatment plan can be devised to help encourage appropriate responses to different sensory input. This can be done in a creative, fun and meaningful way, particularly if being used with young children.

Patricia Wilbarger, an Occupational Therapist and Sensory Processing Disorder research pioneer, developed what is known as a ‘Sensory Diet.’ A sensory diet consists of a series of activities to help calm and focus a child’s behaviour. The aim is that through incorporating the diet into everyday life, a child can learn to achieve everyday tasks and modulate their response to sensory stimulation. Examples include adapted seating and items to ‘fiddle’ with during periods of work to help relieve feelings of restlessness in children with ADHD, or reducing visual input for children with Autism by using plain furnishings as opposed to patterned where having several visual inputs at once has been found to be over stimulating. 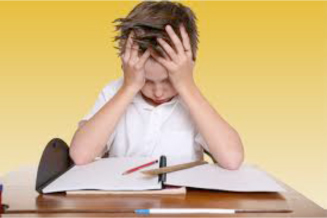 There is a vast array of information available on sensory difficulties and effective strategies. Below are links to just a few: